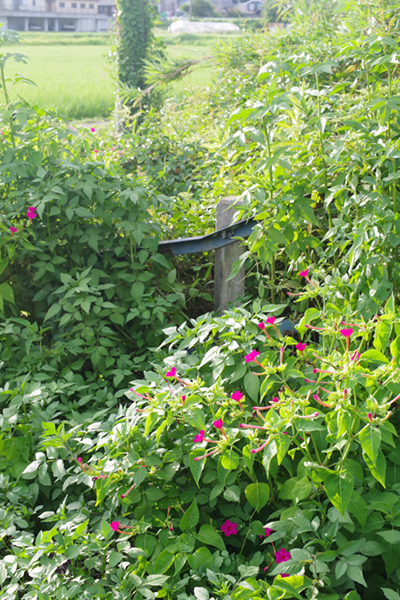 Under the railway viaduct at dusk. Magenta flowers were beginning to open among the thick grasses. They were four o’clock flowers. These flowers, which are often seen in the city, open at night. Magenta, white and yellow flowers stand out very well when they are in bloom at night.  [AUGUST 2021]